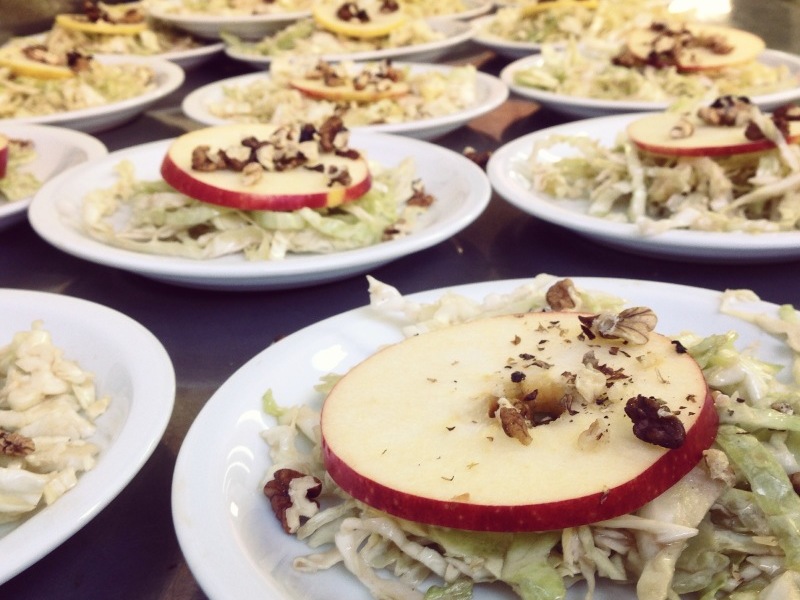 The Convent of San Francesco, now called Certosa 1515 from the date of its foundation, is half way between Avigliana and the Sacra di San Michele in a suggestive location amidst century old chestnut trees, hidden from the eyes of pilgrams who traveled along the roads of faith. Its simplicity is opposite from the imposing nature of the solemn architecture of the Sacra, symbol of the Piedmont Region. It is almost invisible, but is a perfect balcony overlooking the Avigliana Lakes and the plains of Turin .
Perhaps its appeal lies in this peculiarity. It offers the quiet of desired isolation and a view encompassing infinity, all in a very special environment. The restoration mixes modern convenience with the simplicity of monastic hospitality making it a place of wonderful contradictions. It is now managed by the Gruppo Abele.
Obviously in our proposals we try to foster a sense of contradictions: from cooking done with herbs gathered in the woods, to the dishes that come from land torn from the mafia, all with a remix of food diversity at the core of which is respect for the land and for the people who wish to work it freely.

This website uses cookies to improve your experience while you navigate through the website. Out of these, the cookies that are categorized as necessary are stored on your browser as they are essential for the working of basic functionalities of the website. We also use third-party cookies that help us analyze and understand how you use this website. These cookies will be stored in your browser only with your consent. You also have the option to opt-out of these cookies. But opting out of some of these cookies may affect your browsing experience.
Necessary Sempre abilitato
Necessary cookies are absolutely essential for the website to function properly. This category only includes cookies that ensures basic functionalities and security features of the website. These cookies do not store any personal information.
Non-necessary
Any cookies that may not be particularly necessary for the website to function and is used specifically to collect user personal data via analytics, ads, other embedded contents are termed as non-necessary cookies. It is mandatory to procure user consent prior to running these cookies on your website.
ACCETTA E SALVA
X