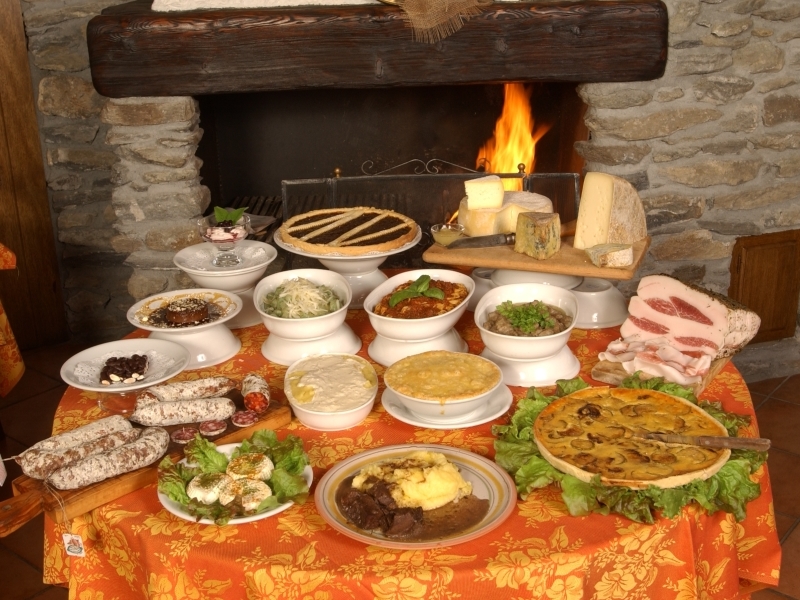 Rochemolles is a small community nestled in a secluded alpine valley at an altitude level of more than 1600 meters. It is said to have been founded by the Saracens in the year 100. Its church dates back to the middle of the fourteenth century. The town is in constant struggle with the rigors of winter weather and consequent difficult communication with the lower part of the valley as well as recurrent and devastating avalanches.
The town has been purposely included in our programs as it is an example of the severity of the life-style in the Alpine communities and of the need to address common problems, as they arise, with cooperation and the creation of local committees. Such towns illustrate the ability to find a balance between exploitation of the territory and its respect. Once again walking on the trails will not only be the pleasure of the landscape and physical activity in itself, but will also be discovering the stories hidden among the pastures and mountains. It will be easier to understand the food and its simplicity, which is similar in appearance from one valley to another but is in fact different, precisely because each cheese has a different flavor and every place has a variation in the recipes that make them unique.
In addition to the network of trails connecting with nearby France, newly opened trails offer the opportunity to link the Tour dell’Ambin with that of the Tabor, a trek however, only open to experienced hikers.
The Decauville is easier, being a flat path that leads from the basin of the Jafferau to the Rochemolles dam. It was built in the 1930’s.